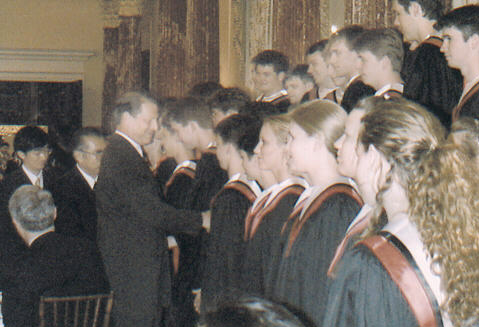 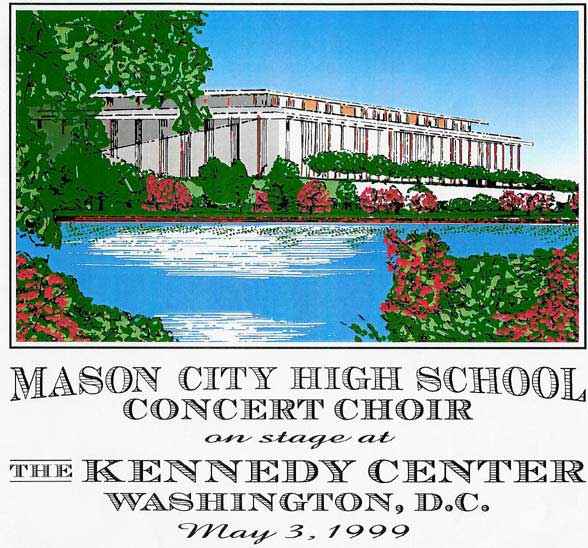 Please click a link below to view news articles from our trip.
They are listed by the day of publication.


On May 3, 1999 the Mason City High School Concert Choir had an amazing day!
They performed for Vice President Gore and the Prime Minister of Japan in a formal affair held at the State Department in the afternoon and later that evening appeared onstage at The Kennedy Center, earning a standing ovation at The National Invitational Choral Festival.

The performance in our Kennedy Center Movie is:
"Bandari: Inside These Walls" by Ben Allaway
Available from Santa Barbra Press (SBMP 66)